Get fresh music recommendations delivered to your inbox every Friday.
We've updated our Terms of Use. You can review the changes here.

in a cold cottage, in the dirt, in outer space 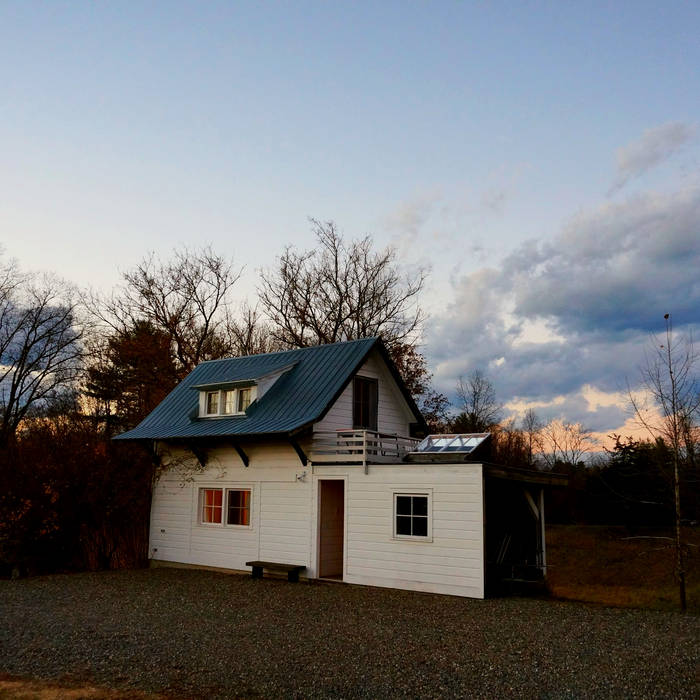 editions vaché The title of this track alone grabs one- but then Peter Hollo's cello loops coupled with his soundscapes gives this the feel, as He himself says- 'of a 'cello in a cottage at night'....but much more- An interesting note- recorded in Tivoli, upstate New York- near where Spera has recently moved to......am/tm/ss Favorite track: the mechanical bird yearns for outer space.

this will be on my videotape

A collection of archival tracks from 2009-2013.
Released simultaneously with "in & out of fashion":
raven.bandcamp.com/album/in-out-of-fashion

Tivol cottage, night-time (2013)
During a month-long trip to the US in 2013, we drove from Chicago to Detroit to Toronto and then through upstate New York to New York City.
For two nights we stayed in this little cottage in a property in Tivoli. On the second night I pulled out my cello and tinkered away at this little thing I'd had in my head for a couple of weeks. It's raw and unmediated by anything much except what I felt like playing.
In 2020, I loaded these recordings up again for this release. The clonk-thump has been pushed around a little, and the melody has been given a few judicious nudges of delay here and there, but it still sounds like a cello in a cottage, at night-time.

the mechanical bird yearns for outer space (2013)
Improvised live at Diffuse @ UTS in 2013 as part of a round-robin performance. Thus it segues from a beautiful session from Gail Priest of microphone feedback with glasses of water (plus subtle vocals), into a solo cello and loop pedal improvisation, then joined by drummer Alon Ilsar on his AirSticks at around 10:45 with gesture-controlled effects and electronic beats.
Thanks to the collaborators as well as Roger Mills & Nathan Wilson, who also performed on the night, and Jon Drummond, who convened the event.

in Marrickville, in the dirt (2009)
Recorded live with cello through AudioMulch in 2009, preparing for a gig at the beloved, greatly missed Dirty Shirlows, a warehouse venue in Marrickville, Sydney.
Bubble-blown vocal sample is probably Baby Cham.

cold afternoon (2009)
This piece, for piano and cello with minor laptop processing, was written in 2009 for the sound&fury label's "passeridae" series of 7" records. It's dedicated to the memory of Adam D Mills, who we tragically lost in 2010, before he was able to release most of the series.

Recorded and mixed on the land of the Gadigal people of the Eora nation. Sovereignty was never ceded.
Track 1 recorded in Tivoli, New York, and mixed on Gadigal land.

raven is the solo project of Peter Hollo.
Tools include cello, piano, fx/loop pedals and laptop.

Bandcamp Daily  your guide to the world of Bandcamp

Quelle Chris joins the show to discuss his most recent release, "DEATHFAME"